I promised a fishing report after I returned from the western edge of Lake Sakakawea. The stretch of lake we fished was above the Four Bears Bridge. We focused heavily in the Lunds Landing and White Earth Bay region. The dirty water was traveling and you had to continue to either move above it or below it. Above we found water temps in the higher 50’s, below the water temp was 46 degrees so we chose to stick it out in the warmer temps.
This stretch of Lake Sakakawea is a relatively new area for me and my partner Jason Feldner.
Fishing was really good considering how dirty the water was. We caught lots of fish between 18 and 22 inches with a few hitting the 25 inch mark. The fish were a bit skinny yet from the spawn, but we started to notice as the week wore on, the fish were putting some weight back on.
Jigs and minnows along with Lindy Rigs with minnows was the best for us. We did catch some nice fish on crankbaits. With the weather that was moving in we decided to anchor up on a spot and wait them out instead of trolling. We ended the tournament in 18th place with 5 fish for 16.52. The winners found some really nice pre spawn walleyes down below the New Town Bridge in the colder water. They had just shy of 30 pounds for their best 5 fish.
Most of the fish caught all week and also during the tournament were caught in shallow water. The bigger fish were coming out of 3 to 5 foot of water during practice, and the tournament they slid out a tad bit deeper.
Judging from what I saw, the lake is going to be really good this summer. It’s absolutely amazing to me how many fish were on some of these spots we fished. You could burn through the bait fast!
I’m looking forward to fishing up there again later this fall for the Lewis and Clark event.
I’m slowly switching gears here. I have guided the river here out of Bismarck the last few days. The water is rising but the males are in. They are not everywhere, but when you find them they are aggressive! I have opens yet if your looking for action. Email me at mikepelusooutdoors@gmail.com 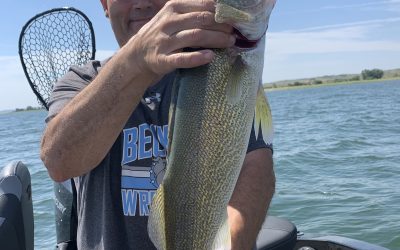 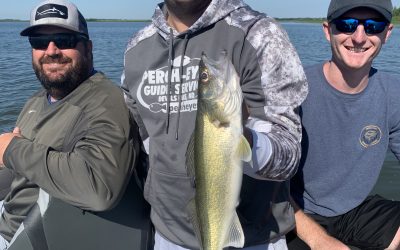 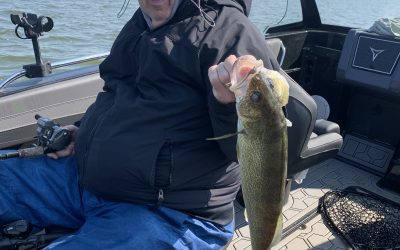 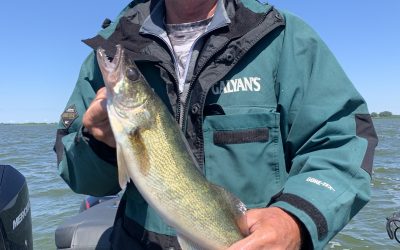 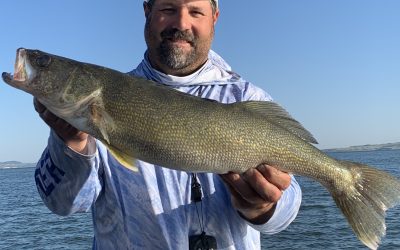